Hello, this is Murasaki. I am working from home to flatten the curve.

I decided to work on something that I normally can't do while watching the shop, so I compiled a list of all the switches sold in 2019. We didn't start selling all of them at the same time, so the one that sold the most isn't necessarily the most popular one. But the results were interesting nonetheless!

Right now we carry about 60 types of switches. Which one is the most popular? Is your favorite in there? Take a wild guess as you read on! 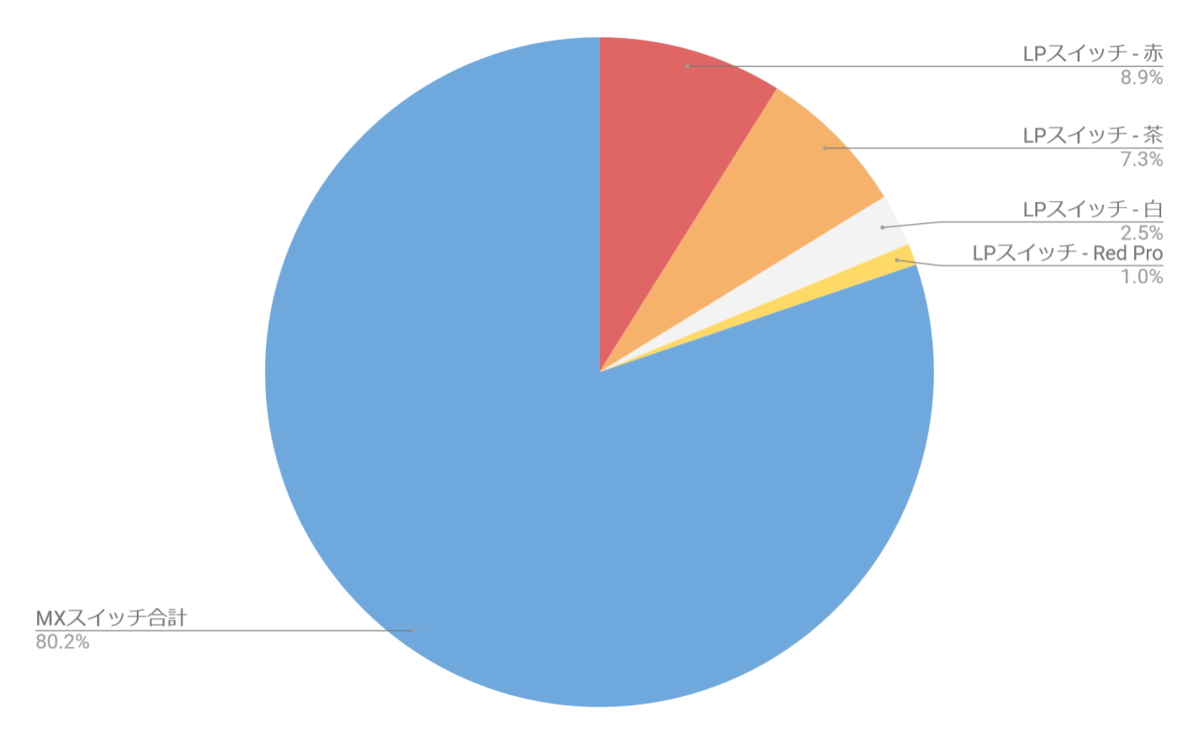 Overall, about 80% of the switches sold are MX compatible, and the remaining 20% is low profile. It's not bad, considering there are really not that many low profile-compatible kits.

And because we don't carry many Low Profile switch types, LP Red and LP Brown are actually in the top 3 switches sold by type, higher than most MX switches.

Linear vs Tactile vs Clicky (MX only) 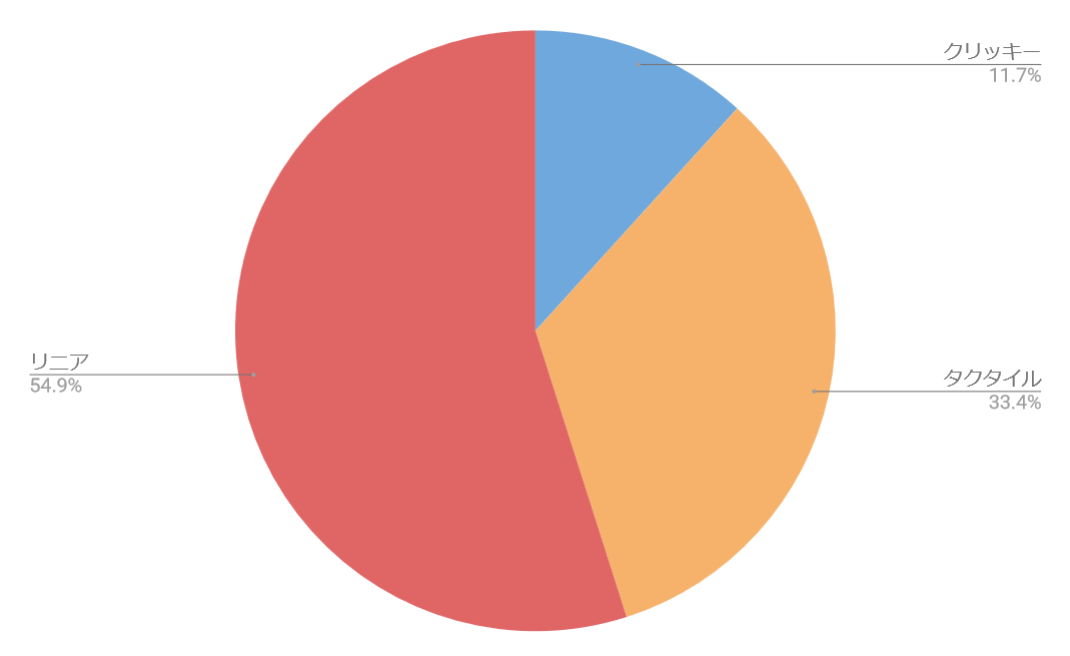 The standard debate at all keyboard gatherings. Linear still dominates the other two. The same ranking (not percentage) goes for Low Profile switches as well.

Which is the best-selling MX switch (out of about 60)?

A smooth and soft silent switch, which makes it great for the office. It is also on the cheaper end of silent switches, which are generally more expensive, making it very popular. 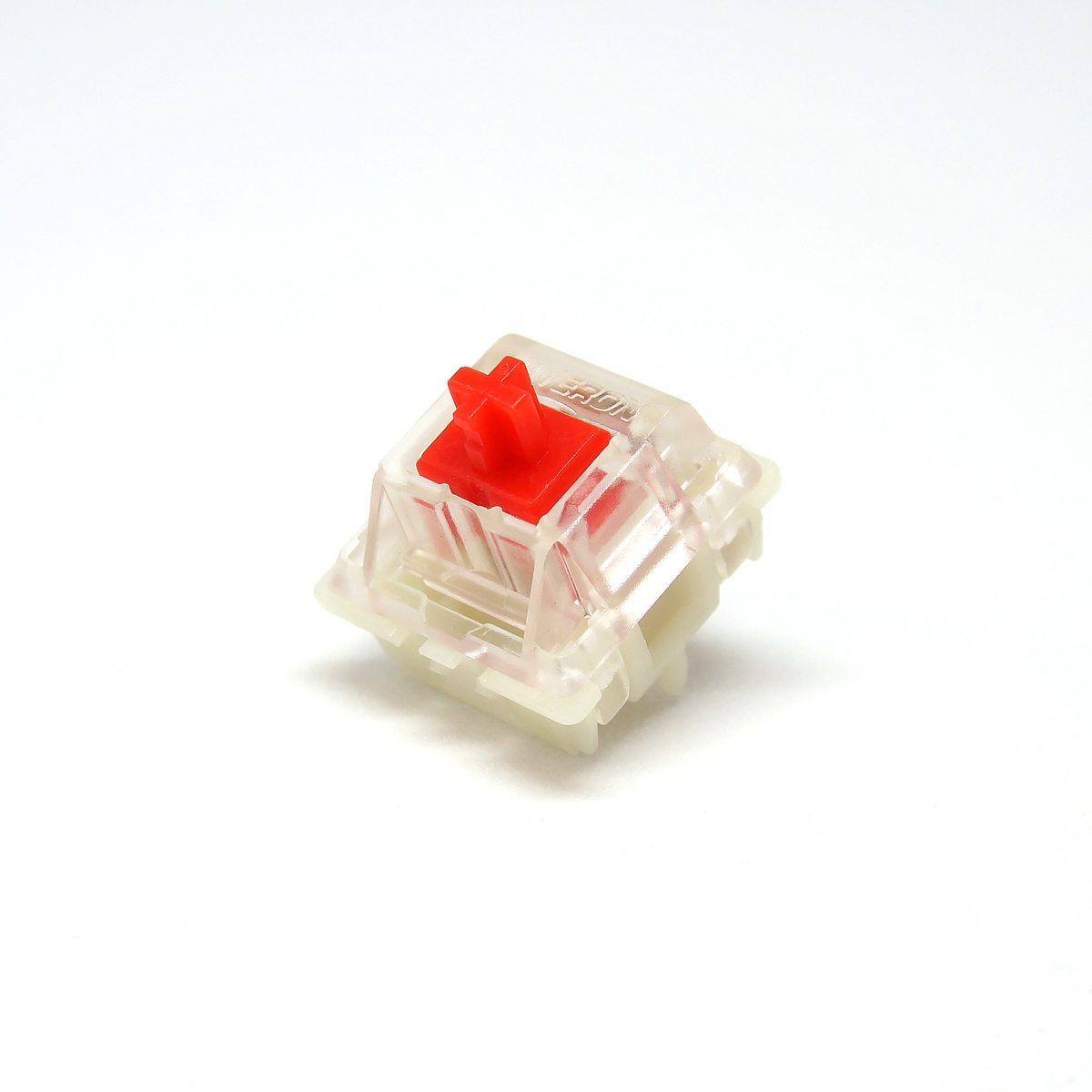 An amazingly light linear switch. It is the lightest switch that we carry, and actuates easily. 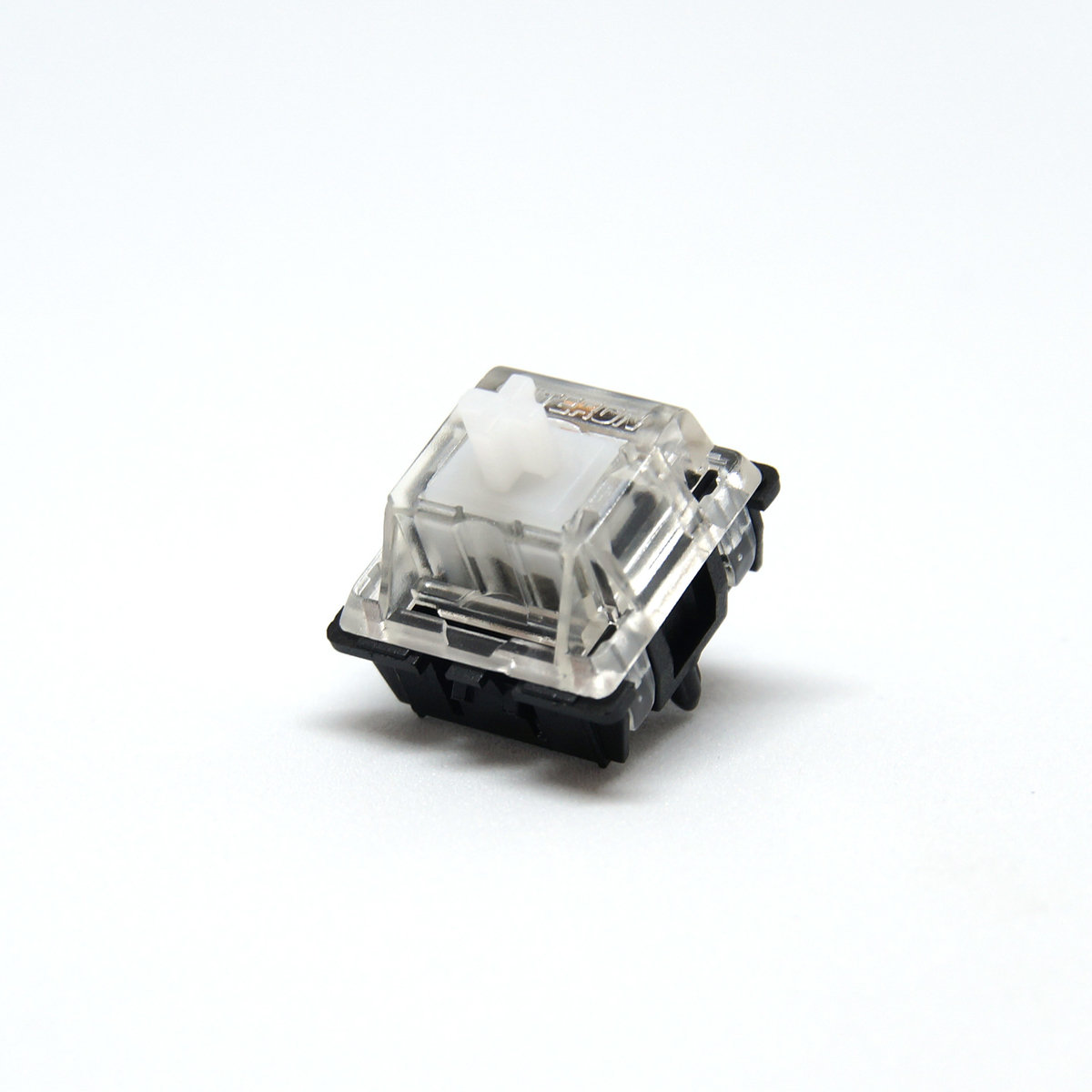 Part of Kailh's speed switch series, this is a linear switch with a short actuation distance. It is popular among those who type lightly and games that need their keys to register quickly. 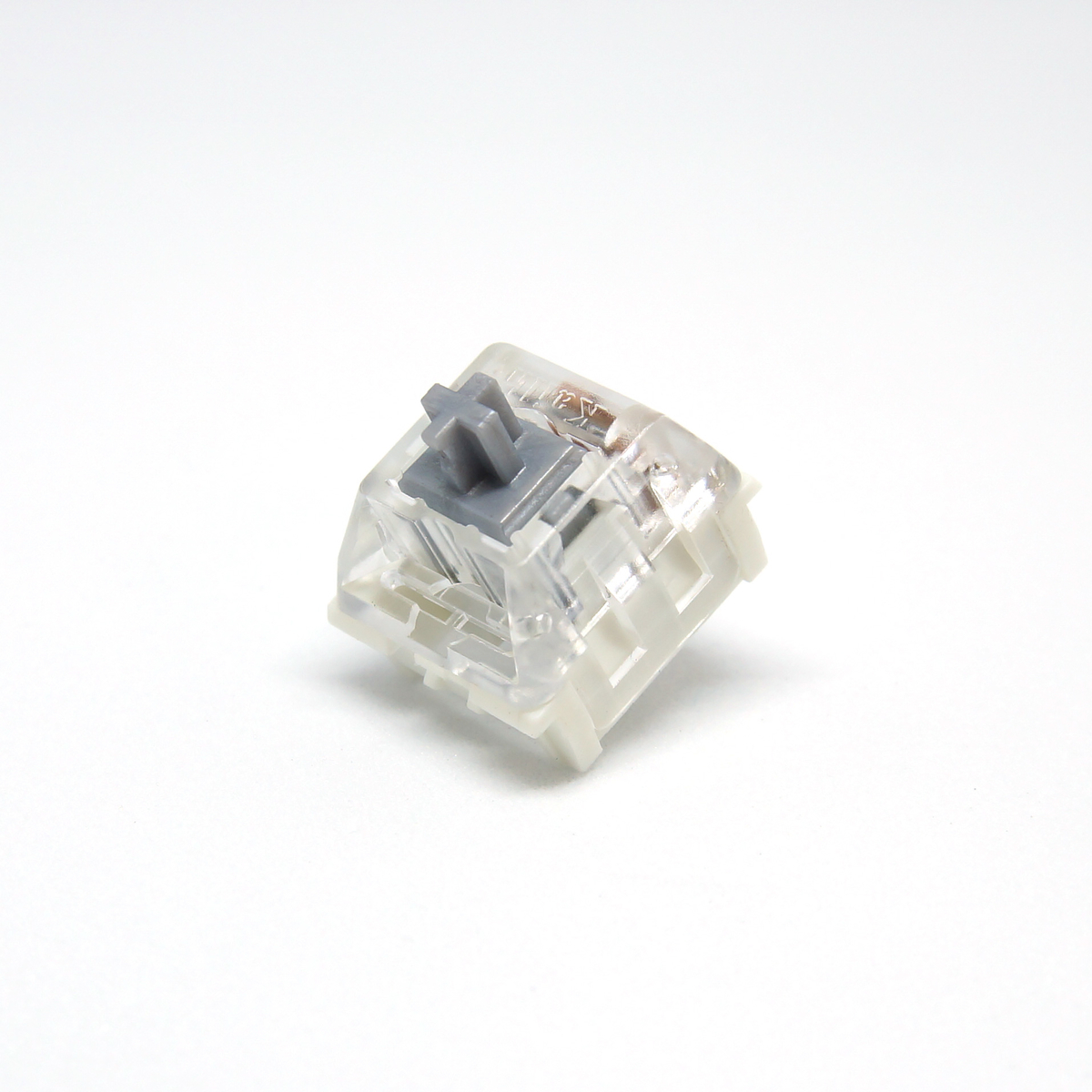 All 3 are light linear switches. I remember reading somewhere that Japanese enthusiasts prefer lighter switches when compared to their western counterparts, and these results seem to support that idea.

A lot of these are expected. I find it very interesting that Zilent 62g, a silent tactile switch, actually ranked despite its price point. Also, since these are separated by weight, I didn't think a particular weight would be popular enough to make it. It's a very nice switch, and many shoppers love it before being caught off-guard by the cost. 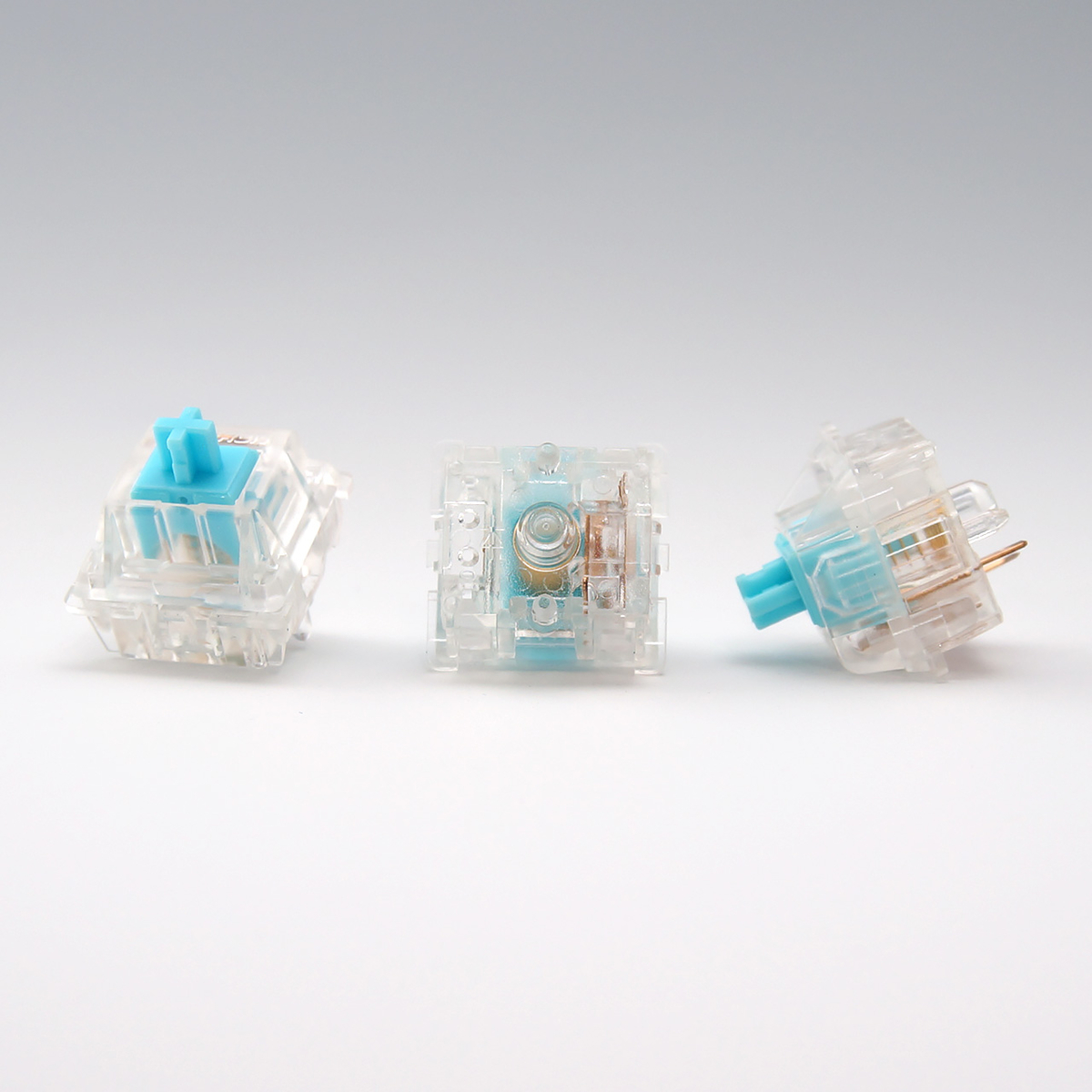 Switches that are gaining popularity

While compiling the results, something else caught my eye. There are some switches that are just mediocre in online sales, but have great in-store numbers. 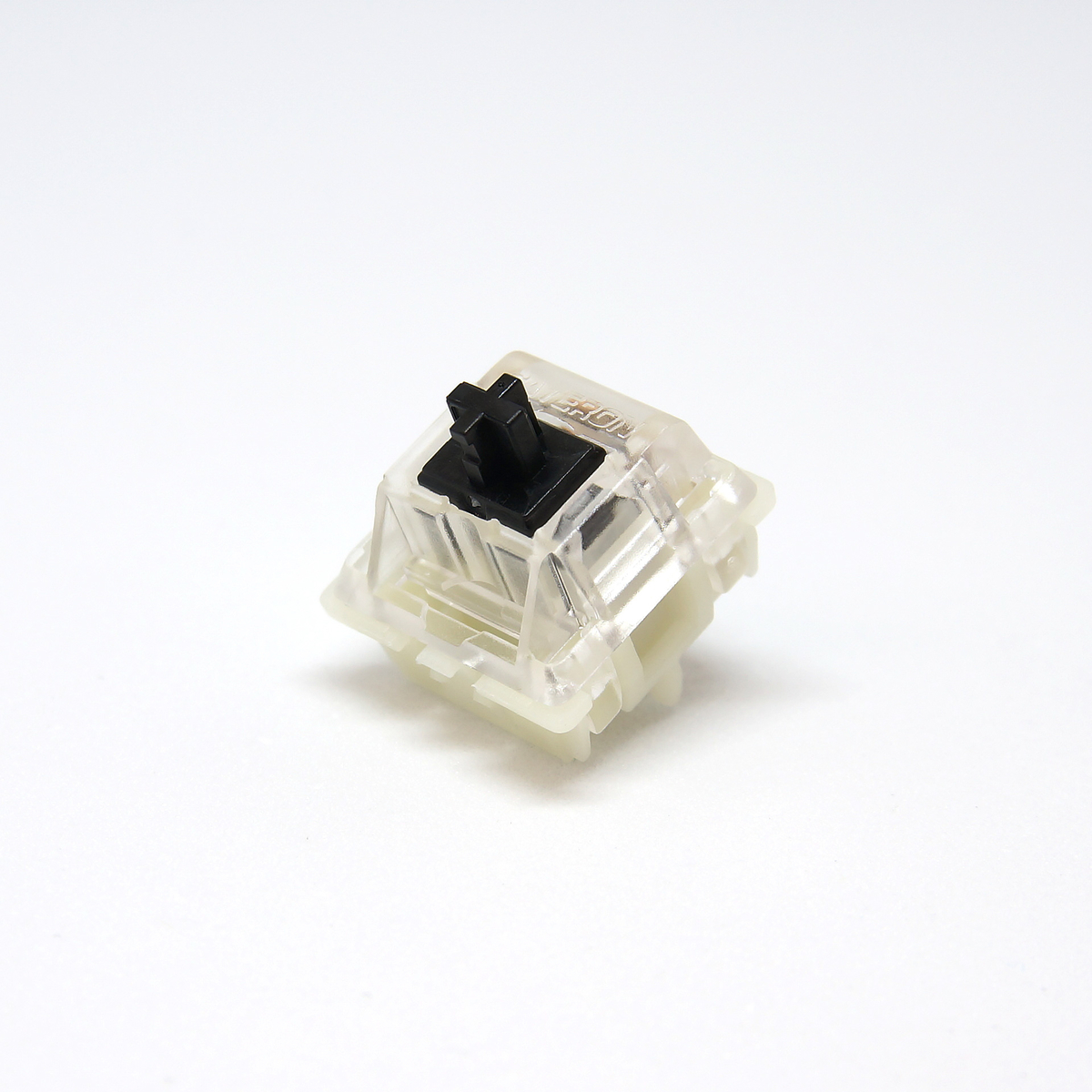 As some already know, there is a switch tester in the shop with all the switches we currently carry. Maybe Gateron Silent Black is one of those switches that shoppers need to touch before finding out how great it is.

Don't know what to get? Then buy the switch tester set!

We already carry a switch tester set for those who want to try switches but can't make it to the shop, but that set only contains switches that are chosen by the shoppers. After compiling the results, we have created two additional switch tester sets: one with the top 9 switches, and another one with the top 18 switches. Personally, I recommend the 18-switch set because there is a bigger variety and it's simply more fun. Try them out at home! 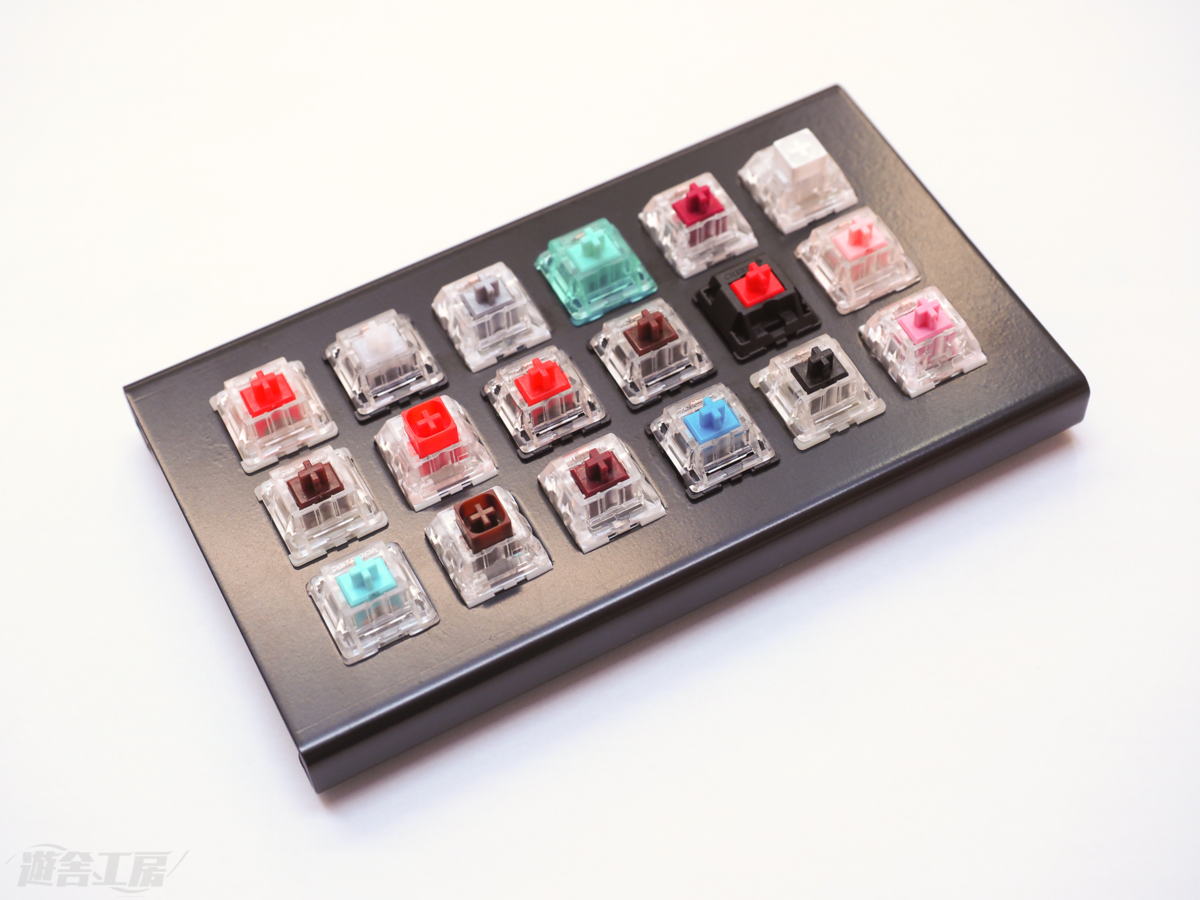 (We are out of Tealios at the moment, so we have replaced it with Turquoise Tealios 65g.)

Popularity has nothing to do with preference. Don't be sad if your favorite isn't ranked. Instead, tell others about your favorite switch!

(Lately I'm really digging the Hako Violet, but it didn't rank. I believe it's only because we don't have that much in stock, so there wasn't much sales to begin with.)

And if you don't have a favorite one, why not give the switch testers a try?

Login to quote this blog

You cannot quote because this article is private.